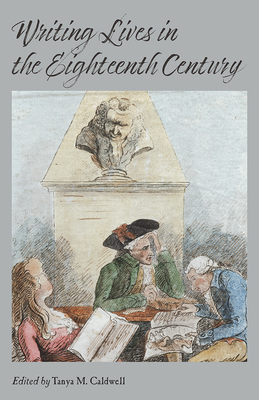 
This title is likely unavailable. Email or call for price and availability.
Writing Lives in the Eighteenth Century is a collection of essays on memoir, biography, and autobiography during a formative period for the genre. The essays revolve around recognized male and female figures—returning to the Boswell and Burney circle—but present arguments that dismantle traditional privileging of biographical modes. The contributors reconsider the processes of hero making in the beginning phases of a culture of celebrity. Employing the methodology William Godwin outlined for novelists of taking material “from all sources, experience, report, and the records of human affairs,” each contributor examines within the contexts of their time and historical traditions the anxieties and imperatives of the auto/biographer as she or he shapes material into a legacy. New work on Frances Burney D’Arblay’s son, Alexander, as revealed through letters; on Isabelle de Charriere; on Hester Thrale Piozzi; and on Alicia LeFanu and Frances Burney’s realignment of family biography extend current conversations about eighteenth century biography and autobiography.
Published by Bucknell University Press. Distributed worldwide by Rutgers University Press.
TANYA CALDWELL is a professor of English at Georgia State University in Atlanta. She is the author of Time to Begin Anew: Dryden’s Georgics and Aeneis (Bucknell University Press) and Virgil Made English: The Decline of Classical Authority, and editor of Popular Plays by Women in the Restoration and Eighteenth Century. She is working on a biography of Hannah Cowley.

"Rich and thought-provoking, Writing Lives in the Eighteenth Century offers fresh perspectives on figures at the centre of studies of eighteenth-century life writing, including James Boswell and Frances Burney, and engages them in a fascinating dialogue with less prominent writers, such as Isabelle de Charrière and Alicia LeFanu. The essays are deeply knowledgeable, elegantly written, and pose important questions for studies of the genre. Collectively, they will be of significant value to scholars of eighteenth-century literature and life writing."
— Amy Culley

"Writing Lives in the Eighteenth Century offers a rich and expansive collection of essays by accomplished scholars, demonstrating how underserved the topic of life writing has been in the field that, arguably, invented its modern form."
— Laura Rosenthal