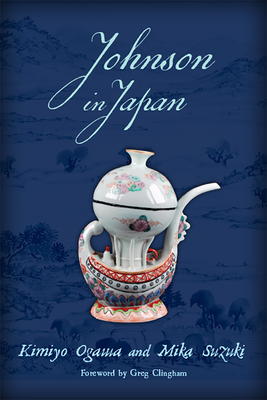 
This title is likely unavailable. Email or call for price and availability.
The study and reception of Samuel Johnson’s work has long been embedded in Japanese literary culture. The essays in this collection reflect that history and influence, underscoring the richness of Johnson scholarship in Japan, while exploring broader conditions in Japanese academia today. In examining Johnson’s works such as the Rambler (1750-52), Rasselas (1759), Lives of the Most Eminent English Poets (1779-81), and Journey to the Western Islands of Scotland (1775), the contributors—all members of the half-century-old Johnson Society of Japan—also engage with the work of other important English writers, namely Shakespeare, Mary Shelley, Jane Austen, and Matthew Arnold, and later Japanese writers, including Natsume Soseki (1867-1916). If the state of Johnson studies in Japan is unfamiliar to Western academics, this volume offers a unique opportunity to appreciate Johnson’s centrality to Japanese education and intellectual life, and to reassess how he may be perceived in a different cultural context.

MIKA SUZUKI is a professor in the department of language and literature at Shizuoka University in Shizuoka, Japan. Her publications include journal articles on Sarah Fielding and on Jane Austen and a book on Sarah Fielding in Japanese.
"In conveying the ‘state of play’ of Johnson’s reputation in a world that might not previously have been thought receptive, Johnson in Japan makes a significant mark . . . successful in offering new critical insights, its presence means that there are important implications for Johnson’s cultural penetration (and therefore the kind of writer he is)."
— Philip Smallwood

"Samuel Johnson was fascinated by travel, and the Orient particularly took his fancy. He once seriously recommended that Boswell undertake a trip to see the Great Wall of China, because it would distinguish him in the eyes of other Britons. More recently, the East has reciprocated this interest, as scholars in Japan and China formed Johnsonian societies and published important books and articles on the Great Cham. Johnson in Japan draws together a number of intriguing and valuable essays under a rubric that is original and persuasive. It at once advances our knowledge of the intersection between Johnson and the East forward considerably, yet it perhaps more urgently encourages that Western scholars explore this richly fertile yet largely untapped field with greater assiduity."
— Anthony Lee

"It is a pleasure to read these essays, eloquently written, informative and free of jargon."
— The New Rambler