Worth the Read (Paperback) 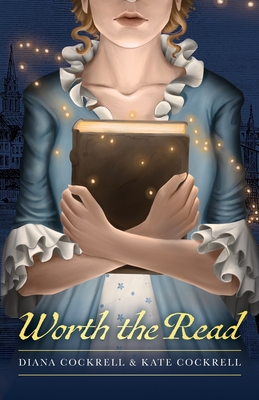 Worth the Read (Paperback)

"Look, let's take it one century at a time. We have enough eighteenth-century problems without adding our twenty-first century problems..." For seventeen-year-old Tori, weird had become the new normal. Reeling from her dad's sudden death and her mom's disappearance, Tori picks up a book-and finds herself with her mom in eighteenth-century Boston on the brink of war. With the Boston Tea Party approaching, Tori's troubles in the eighteenth century are multiplying-the magical book that she thinks brought them here is missing, lost in the ancient town. As she searches for it, desperate to get back home, she must navigate a turbulent, politically-charged culture, in which Patriots and Loyalists are not who they seem to be. Taking refuge with Sam Adams, the mastermind of the Boston Tea Party, puts Tori and her mom in the chaotic center of the conflict-with Samuel, Adams' serious, blue-eyed son, and Hannah, an impulsive daughter, who may decide to help Tori...or stand in her way. Complications set in when Tori gets entangled in the Boston Tea Party, discovers a dangerous assassin, is implicated in a crime-and becomes an eighteenth-century criminal. Now wanted by the British, Tori engineers a daring escape attempt, coming face-to-face with the strangest colonist yet-and the biggest shock of her life.