The Eccentric Doctor of the Moon Flower Kingdom Vol. 2 (Paperback) 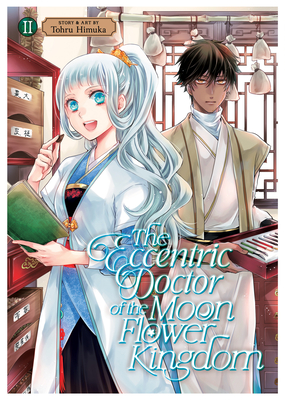 The Eccentric Doctor of the Moon Flower Kingdom Vol. 2 (Paperback)


Available for Pre-Order Now
THE UNPOLISHED GEM DOES NOT SHINE

Koyou’s first visit to the Moon Flower Kingdom capital hasn’t exactly been the relaxing trip she expected. Between chasing down pickpockets, running into the enigmatic Stem Sect, and treating a serious case of pneumonia, she can’t seem to catch a break! And though she was lured to the capital by her mysterious patron Crown Prince Keiun’s promise of a smorgasbord of muscles large enough to satisfy her medical curiosity, it soon becomes clear that she’s been unknowingly embroiled in a plot disguised as a vacation. Keiun is desperate to usher in a medical revolution and is betting his life and reputation on Koyou’s unorthodox skills. But will they be enough to win over the ruling powers in the treacherous royal court?
Tohru Himuka is a manga creator and illustrator in Japan best known for BL and shojo works, including Ore no Shiranai Murakami-kun, Shinobi Shijuusou, and The Eccentric Doctor of the Moon Flower Kingdom.