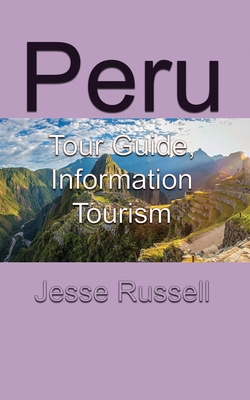 
Available in Warehouse. Wait for Email Confirmation for ETA
This book cannot be returned, cancelled, or exchanged. Please call for availability and pricing
Peru. Tour Guide, Information Tourism. Every region in Peru is characterized by its unique nature landscape. In this country one will find lifeless desert, snowcapped mountains and dense forests. There are also several interesting historic landmarks here. Visiting them will help travelers know more about rich culture and heritage of Peru and its people. Cahuachi, a major ceremonial center of the Nazca culture, is an internationally famous archaeological finding. The complex is located in the Nazca Desert. Cahuachi consists of numerous mounds with numerous religious buildings constructed on top of them. According to archaeologists, several thousand years ago Cahuachi was the largest center of pilgrimage in the country. The worldwide famous Nazca Lines are located nearby. Added to the list of UNESCO World Heritage Sites, the Nazca Lines attract scientists from all around the world. They try to solve the mystery of creation and purpose of the geoglyphs. Huilcahuain Temple is a beautiful example of ancient architecture. The complex of temples was constructed in the 10th century and is conditionally divided into two levels. No kind of glue was used to keep the giant stones together, so it's a true miracle that the temple was not damaged during several devastating earthquakes. Inner premises of the temple consist of a complicated system of rooms and underground pathways, and from the outside the walls are decorated with big drawings of animals and birds.