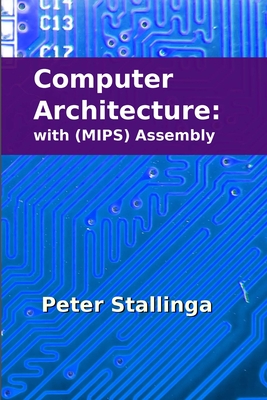 
This title is likely unavailable. Email or call for price and availability.
This book explains the general concepts of the working of a computer from the bottom up. It starts with very simple electronic circuits and joins them to form gates, which are joined to form logic circuits, which are joined to form complex components, which are joined to form computers Simultaneously it explains the philosophy and mathematics of computing. The fact that numbers do not exist, yet we use them (seemingly) in our computer. Things as information theory. What is a bit, a byte and how much information is in a computer? It then enters the field of low-level computing, assembly (with an emphasis on MIPS architecture), and it is shown how high-level computing paradigms such as for-loops and functions of C are implemented in assembly.