Shores of the Polar Sea: A Narrative of Arctic Expedition (Paperback) 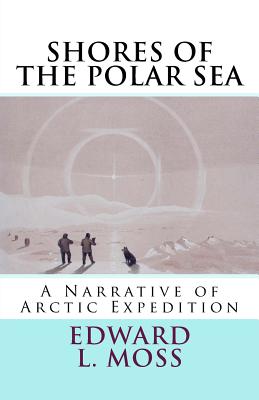 Shores of the Polar Sea: A Narrative of Arctic Expedition (Paperback)


Available in Warehouse. Wait for Email Confirmation for ETA
This book cannot be returned, cancelled, or exchanged. Please call for availability and pricing
HE ARCTIC EXPEDITION of 1875 left England on 29th May, crossed the Atlantic to Davis Straits in a succession of storms, and entered the Arctic regions on 4th July. It sailed with orders to "attain the highest northern latitude, and, if possible, reach the Pole."In old times, when voyages were longer than in these days of steam, a nautical frolic on crossing "the Line" helped to break the monotony of many a tedious passage. This time-honoured custom is slowly becoming a thing of the past. When it is gone, there will be little in sea or sky to make crossing the Equator in any way remarkable. The Tropic Zones are no better defined, and one can sail into or out of them without experiencing a sin-gle impressive sensation. But the Arctic Circle has obvious boundaries. A conspicuous change in the ordinary habits of nature warns the traveller that he is leaving the hospitable realms of earth behind him, and entering a region full of new experiences. Here familiar light and darkness cease to alternate, morning and evening no longer make the day, and in proportion as the latitude increases, day and night become mere figures of speech.While our two ships steamed northward along the west shores of Greenland, the novel charm of constant daylight was felt by every one. We all had our own ideas of what Arctic summer would be like, but ideas drawn from books rarely remain unchanged when brought face to face with reality. Although the passage into perpetual day was of course gradual, yet it was quite rapid enough to upset all regular habits. Most of us observed sadly irregular hours, but one energetic fellow-voyager, bent on making the most of his opportunities, stopped up for three days at a stretch.Our squadron consisted of H.M.SS. "Alert," "Discovery," and "Valorous," the latter vessel accompanying the Expedition as far as Disco, for the purpose of helping it so far northwards with its heavy stock of three years' provisions and fuel. On entering Davis Straits no one of the ships had the least idea where the others were. They had been separated in a cyclone on 13th June, and had crossed the Atlantic independently. Fortunately, how-ever, all three turned up almost simultaneously off the west coast of Greenland. Four days before crossing the Arctic Circle, the "Alert" and "Discovery" met under the rugged coast near Godhaab. As the ships approached, each anxiously scanned the other to see what damage had been done by the Atlantic storms. Boats soon passed from ship to ship, and it was amusing to note how both men and officers of either ship (the writer included) already placed the firmest faith in their own vessel, and underrated the seaworthiness of her consort. It was positively quite disappointing to find that the "Discovery's" spars were all right, and that she, like ourselves, had lost but one boat. Of course we congratulated each other on our good fortune; and good fortune it was, for our light, beautifully built boats could not be replaced, and few ships, heavily laden both below and on deck as ours were, would have passed through such weather without more serious loss.