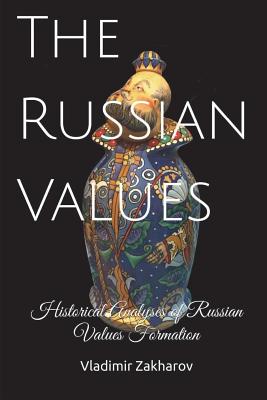 
Available in Warehouse. Wait for Email Confirmation for ETA
This book cannot be returned, cancelled, or exchanged. Please call for availability and pricing
This final book is the last of a trilogy devoted to the mentality of the Russian people. The first book - "The Price Russians Pay" (2014) gives an idea of what was of value to the people living in Russia, their achievements and failures, what was the cost of wars, revolutions, terror and perestroika. In the second book - "Putin: A Shackled President" (2017), I tried to cover the notion of the Russian mentality "from below," from the position of a private person - in many respects a typical representative of the Russian population - the country's president, Vladimir Putin. It turned out to be a psycho-graphic description of the personality of a prominent, strong-willed person who has already had a strong influence on the development of modern Russia for eighteen years. I tried to show the nature of the national character through one private person. If we proceed from the current state of human civilization, then we can assume that each nation has its own potential for self-development. This potential determines the possibility of the movement of the nation forward along the path of industrial and socio-political progress. Most of the authoritarian harsh regimes have this potential low, it is incomparably more democratic. However, forcibly overthrowing the authoritarian regime from within or from outside, imposing new values on the people, to which it is not yet psychologically ripe, does not always work for the benefit of the people. To describe the Russian mentality, I used the term "values." Values are stable psychological cognitive-emotional processes. Values include needs, goals and attitudes. At present, not the ancient Russian values-archetypes determine the thinking and behavior of Russians, but those values that replaced them, the values that new leaders, transformers-technocrats and visionaries-humanitarians introduce into the consciousness of the people. I devoted my book to studying the values that resulted from this implementation. I singled out in a Russian man exactly twelve values: four of them - basic, eight - auxiliary, socio-psychological. In my opinion, they all fit into the concept of modern Russian mentality. Someone will find this list incomplete. Feel free to add to the list. In my review, the basic values are presented as those that force Russian people to aspire to meaningful action. These are motivational values. They are: 1) Private property 2) Power as a substitute for property 3) The image of an external enemy 4) The image of the inner enemy Socio-psychological values are presented in the form of scales. I would not want to offend anyone by sticking labels, and I did it this way. The reader can decide at which point in the scale he or she belongs as a representative of the Russian people. These scales included: 1) The Scale of Dignity, 2) The scale of Russian Will, 3) The scale of Legal Nihilism, 4) The Scale of Exposure to Verbal Conventions, 5) The Scale of Simulation, 6) The Scale of Honesty, 7) The scale of Trust, 8) The scale of Conservativeness. What gives a person inner strength and self-confidence? Property, trust in people, and a set of everyday and professional skills that make his behavior meaningful and gives dignity and meaning to his actions. Does all this exist in people in present-day Russia? Read the book and decide. The book is written for those who are interested in a fresh socio-psychological view of Russian and Soviet history, culture and politics of the 20th century and how these events influenced the mentality of the Russian people. The book can also be of interest to scientists and students in Russia and abroad.