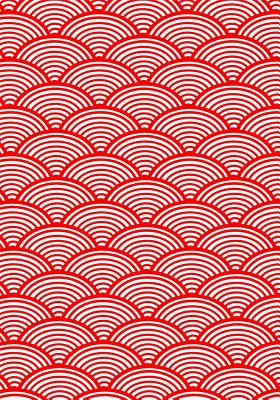 Also known as genkouyoushi or genkoyoshi paper, Kanji paper has columns of squares to practice Japanese lettering. Each large square can hold one Japanese character known as Kanji, Hiragana or Katakana and is divided into four quadrants to guide the correct positioning of the elements of the character. This paper is useful for children or adults who are learning the Japanese language. It is traditional to write top to bottom, right to left, but some people prefer writing horizontally.