My Roses and How I Grew Them (Paperback) 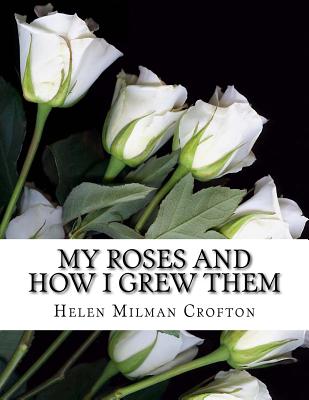 My Roses and How I Grew Them (Paperback)


Available in Warehouse. Wait for Email Confirmation for ETA
This book cannot be returned, cancelled, or exchanged. Please call for availability and pricing
This special re-print edition of Helen Milman Crofton's book "My Roses And How I Grew Them" is considered one of the most authorative guides on roses and their cultivation during the 19th Century. Written in in 1899 by one of the most successful exhibitors of roses in England during the 19th Century, this classic text on roses sheds light on everything a person might wish to know about growing and caring for roses in the garden. Included are details on many varieties of heirloom roses that were popular during the 19th Century. Note: This edition is a perfect facsimile of the original edition and is not set in a modern typeface. As a result, some type characters and images might suffer from slight imperfections or minor shadows in the page background.