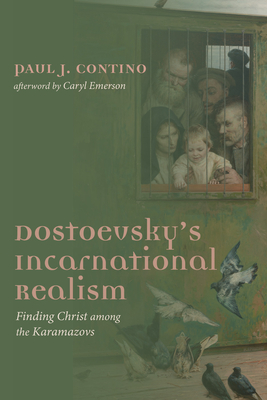 
Available in Warehouse. Wait for Email Confirmation for ETA
In this book Paul Contino offers a theological study of Dostoevsky's final novel, The Brothers Karamazov. He argues that incarnational realism animates the vision of the novel, and the decisions and actions of its hero, Alyosha Fyodorovich Karamazov. The book takes a close look at Alyosha's mentor, the Elder Zosima, and the way his role as a confessor and his vision of responsibility ""to all, for all"" develops and influences Alyosha. The remainder of the study, which serves as a kind of reader's guide to the novel, follows Alyosha as he takes up the mantle of his elder, develops as a ""monk in the world,"" and, at the end of three days, ascends in his vision of Cana. The study attends also to Alyosha's brothers and his ministry to them: Mitya's struggle to become a ""new man"" and Ivan's anguished groping toward responsibility. Finally, Contino traces Alyosha's generative role with the young people he encounters, and his final message of hope.