An Introduction to the History of Tamil Literature (Paperback) 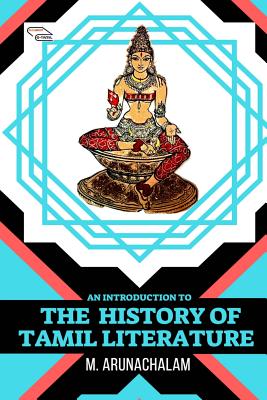 An Introduction to the History of Tamil Literature (Paperback)


Backordered - ETA Unknown
This book cannot be returned, cancelled, or exchanged. Please call for availability and pricing
Thiru M. Arunachalam, author of this work is too well-known as an erudite Tamil Scholar with a prolific pen to need no introduction. His century-wise volumes on the history of Tamil Literature are comprehensive in view and corrective in certain respects to the earlier attempts by others. The present work under review is an Introduction to these volumes in quite a compressed form. This volume is foreworded by Dr. K. R. Srinivasa Iyengar who has aptly commended this work.This Introduction has 47 chapters of varied length, the longest having sixteen pages and the shortest having one and a half. The multiplicity of chapters necessitated by multiple angles of approach has consequently resulted in overlapping of the materials and views. But nevertheless, the chapters serve as useful reference heads.The first four chapters, 'The Land and its people', 'Tamil Language and Literature', 'The Tamil Sangham', and 'Mut Tamil' serve as a fleeting general introduction describing the social and literary milieu of the Tamils from the flowering of their civilization. It would have been better if the author had in his first chapter stretched his survey, however rapid up to the Present century, as he does under the other heads. This chapter as we find it relates only to the age of Cankam with reference to its social set-up.The chapters on Saiva Canon I & II, Vaishnava Canon I & II, Saiva literature, Vaishnava literature and Vedanta Writing are quite vivid and elaborate. His grasp and thoroughness in matters relating to these subjects are to be seen in these chapters.Some of the Chapters like Poetry of the Sangham Period I & II, The 18 Kilkkanakku, Ethical literature, the Commentaries and Minor Poems I & II are dealt with in a way generally not to be found in other histories of Tamil literature. His opinions with regard to the nomenclature of some of the works like Kilkanakku, etc. and with regard to the system in which the poems of Cankam period might have been compiled are convincing. His opinions regarding the nature of Tamil ethics.A. A. Manavalan.
Thiru M. Arunachalam (October 29, 1909 -November 23, 1992), author of this book is well known as an erudite Tamil Scholar with a prolific pen.