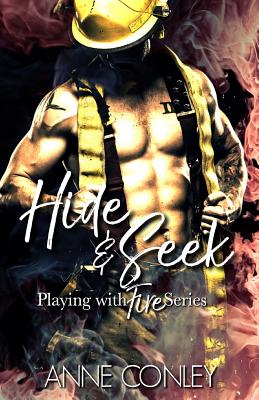 This is book number 2 in the Playing with Fire series.

Joey was optimistic about his relationship with Simone, but she leaves him floundering in a sea of confusion when she suddenly dumps him. His mom is marrying a man younger than him, his station has him fundraising in a Santa suit, and there's an arsonist loose in town. Then he sees her, the petite goddess who won't give him the time of day. Vivian has all the reasons in the world to not get involved with Joey, the biggest of which is her four-year-old daughter, Carly. Joey's made her a lot of promises, but after the issues she had with her ex, she just knows Joey is too good to be true. These two can't see what's right in front of them, but when the fuse is ignited, sometimes you just have to cling to someone and hope you survive. Hiding is not an option.