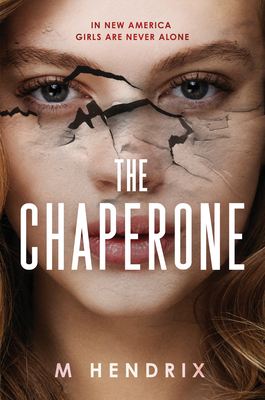 Like every young woman in New America, Stella knows the rules:

Navigate the world with care.

Girls in New America must have a chaperone with them at all times . Because of this, Stella is never alone. She can't go out by herself or learn about the world. She can't even spend time with boys except at formal Visitations. Still, Stella feels lucky that her chaperone, Sister Helen, is like a friend to her.

Sister Laura is...different. She has radical ideas about what Stella should be doing. She leaves Stella alone in public and even knows how to get into the "Hush Hush" parties where all kinds of forbidden things happen. As Stella spends more time with Sister Laura, she begins to question everything she's been taught. What if the Constables' rules don't actually protect girls? What if they were never meant to keep them safe?

Once Stella glimpses both real freedom and the dark truths behind New America, she has no choice but to fight back against the world she knows, risking everything to set out on a dangerous journey across what used to be the United States.

M Hendrix is the author of two previous books. She lives in Bowling Green, Kentucky, with her husband, novelist David Bell. The Chaperone is her YA debut. Learn more at mhendrixwrites.com.