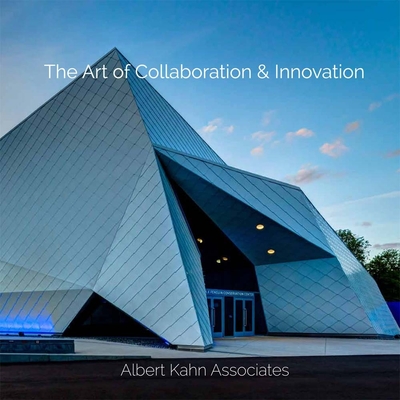 
This title is likely unavailable. Email or call for price and availability.
125+ years - Six continents - 45,000 projects. This is Albert Kahn Associates. The Art of Collaboration and Innovation celebrates the significant work of history's most prolific and versatile international firms. Albert Kahn is synonymous with the industrial giants of the 20th century, having raised factory design to a legitimate architectural practice. He influenced contemporaries such as Frank Lloyd Wright, Walter Gropius, Ludwig Mies van der Rohe, and Le Corbusier, paving the way for the modern movement. Albert is only part of the legacy. "When you write the story, credit it to Albert Kahn Associates (Architects) and Engineers, Inc., rather than to me, personally. After all, I am like the quarterback on a football team. Without the teamwork of my associates, I would be nothing." - Albert Kahn. You are about to embark on the firm's first comprehensive history. Within these pages, you will discover how Kahn mirrored the industrious spirit of the time, creating architecture that advanced their client's work across all markets. Arguably the most innovative early design was creating a collaborative Architectural and Engineering practice under one roof, which continues today. Thousands of men and women have left their mark on this firm and its projects. You will learn from noted Kahn scholars, historians, long-term clients, and Kahn family members, as well as Kahn's current and past employees, highlighting significant aspects of some of their favorite projects. Together, these unique perspectives craft a new understanding and reveal little-known facts of the Kahn legacy - a legacy of innovation that we will continue to shape in the years to come.​
Caitlin Wunderlich is the Corporate Historian and Communications Specialist for Albert Kahn Associates and on the board of the Albert Kahn Legacy Foundation. With research degrees from the University of Michigan and the University of Glasgow in Scotland, Caitlin has published articles on art and artifact collections and the history of Detroit architecture. For several years, she was the editor of academic journals specializing in museum, library, and archive theory and practice called The Museum Scholar and Theory and Practice. She also worked in exhibition and collection management roles at the Brooklyn Museum, the Detroit Institute of Arts, and the Cranbrook Art Museum.