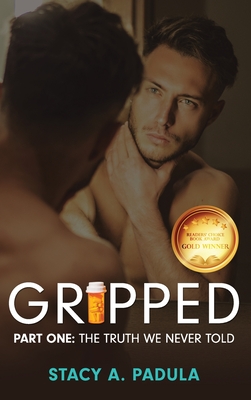 By Stacy A. Padula

Now being adapted for TV by Emmy-winning producer Mark Blutman

In high school, Taylor Dunkin broke more records than any other athlete to step foot in Montgomery, Massachusetts. As a sophomore in college, he was ranked by ESPN as one of the NFL's top 100 prospects. However, his aspirations came to a jarring halt when a season-ending injury sent him spiraling into a dark world of pain, depression, and addiction.

One year later, Taylor is a person of interest in a highly confidential investigation headed by the Boston Police Department. He has entangled himself in a crime ring notorious for pushing drugs on local college campuses. Montgomery's hometown hero has fallen hard, and he's taking a lot of people down with him.

Luke Davids has become the middleman between Taylor and teens in Montgomery who want to buy drugs. Freshmen Cathy Kagelli, Chris Dunkin, and Jason Davids are just a few of the students at Montgomery Lake High who have fallen victim to the benzos and opiates supplied by Taylor and Luke.

When Taylor's youngest brother Marc discovers that Taylor is behind the copious amount of pills circulating around his high school, he sets off to not only reverse the damage Taylor has caused, but also save his lifelong role model from becoming a casualty of America's deadly opioid epidemic.