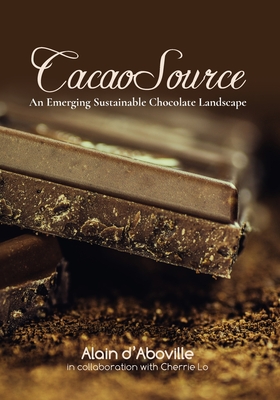 The seemingly endless expansion of the chocolate shelves at your local food store is only the visible side of the deep metamorphosis happening to the aging chocolate industry.

Approximately five million tropical farmers, mostly in West Africa, produce over four and half million tons of cacao beans that are converted into an eighty-three-Billion-dollar industry run by two dozen multinational companies. Since the 1980's' the "shareholder's value" and profits of many of these businesses have multiplied, in some cases by a factor of thirty and even more while the amount paid to the farmers has been divided by a factor of up to three. Concurrently, global warming has made cacao farming more difficult and hazardous, diminishing further its appeal to the next generations. The alternative to this clearly un-sustainable status quo remains to be found. In today's financialized world, one can only hope that consumers' behavior will have an impact meaningful enough to save the cacao planet.

The book introduces the main factors involved in cacao farming and chocolate making and details how young "Chocolate hobbyist" and "bean to bar" makers, in the consuming regions as well as in the cacao producing ones, are trying to team-up with small farmers, mostly in South America and the Caribbean, to initiate a new and sustainable cacao industry. This burgeoning movement is trying to transform quality chocolate making into a specialty cottage industry. At the same time, some major industrial producers and International Aid organizations which have been supporting farmers for decades without producing the needed outcome, seem to be adopting different tactics to reverse the negative price trend.