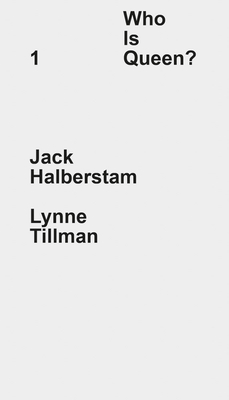 Gender theorist Jack Halberstam and author Lynne Tillman discuss the roles of writing, bewilderment and wildness in their work and lives

Published on the occasion of Adam Pendleton: Who Is Queen? at the Museum of Modern Art, New York, the book series Who Is Queen? adapts conversations between pairs of notable writers, theorists, philosophers and musicians into contrapuntal texts intertwined with archival photographs and additional writings.
Jack Halberstam (born 1961) is a professor of gender studies and English at Columbia University. Halberstam is the author of seven books, including Skin Shows (1995), Female Masculinity (1998), The Queer Art of Failure (2011) and Wild Things: The Disorder of Desire (2020). Halberstam is now finishing a second volume on wildness titled The Wild Beyond: Music, Architecture and Anarchy.
Lynne Tillman (born 1947) is a novelist, short story writer and essayist. Her most recent novel is Men and Apparitions (2018); her latest story collection, The Complete Madame Realism and Other Stories (2016), was published in Spanish in Argentina (2021).