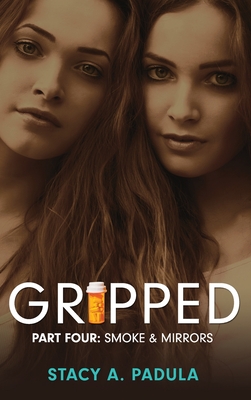 By Stacy A. Padula


Available in Warehouse. Wait for Email Confirmation for ETA
This book cannot be returned, cancelled, or exchanged. Please call for availability and pricing
After spending her first month of high school grounded, Cathy Kagelli is finally allowed to socialize and uncover what her boyfriend, Jason Davids, has been up to without her. When Cathy realizes Jason has been experimenting with a variety of drugs, she devises a plan to save him from himself... but she just may lose herself in the process.Meanwhile Taylor Dunkin finds himself playing a game with even higher stakes because his life, his reputation, and the safety of everyone he loves are all on the line. Taylor's two younger brothers, Jordan and Marc, have been at odds for years, but they are brought together to decipher the mysterious clues Taylor is leaving regarding his whereabouts. As secrets are revealed, the Dunkin boys' relationships will be changed forever. In Taylor's weakest moment, he made a deal with the devil, and now there is a reckoning. But who will pay the price?