The Rise of the Micaiah Prophet: A Call to Purity in Prophetic Ministry (Paperback) 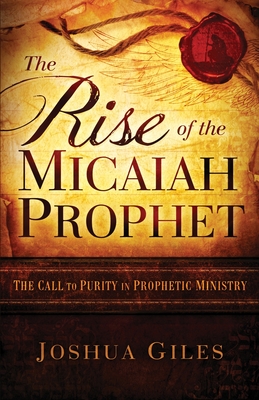 The Rise of the Micaiah Prophet: A Call to Purity in Prophetic Ministry (Paperback)

Realign for the next prophetic move of God

Throughout the past decade, prophetic ministry has been front and center in Christendom. The insatiable thirst for foreknowledge has created a vacuum that has been filled with many things. The urgency for direction and spiritual insight has created a demand for the emergence of new prophetic voices. We have seen a rise of true and authentic prophets but also an insurgence of false prophets.

The Rise of the Micaiah Prophet is designed to address the gray areas of the prophetic and the difference between what is true and what is false. You will learn to

We are living in the church's final hour. God's remnant is waking up. God's prophets are rising up.