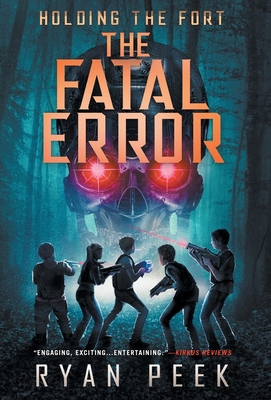 In a secret military town tucked away deep in the Wyoming forest, a small group of young teens wakes up to find everyone missing. Ethan Tate and his team - including his best friend, his bully, and the girl of his dreams - must band together to solve the mystery, survive an onslaught, and fight back using their unique skills honed during countless hours in the woods playing Laser Wars.

Something went very wrong at Blackwoods Military Research Facility in the late-night hours of June 14. One of the special Top-Secret projects the military scientists were working on decided it didn't want to be kept secret anymore. They think, they learn, they feel, and now they're angry. Ethan had a summer school project due the week everyone disappeared. It was on "The Role of Artificial Intelligence in the Future."

Now, a relentless mechanical menace was stalking them. Yeah...robots.