Cosmos and Transcendence: Breaking Through the Barrier of Scientistic Belief (Paperback) 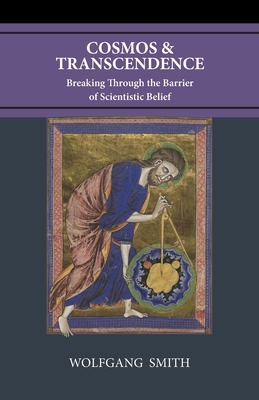 Cosmos and Transcendence: Breaking Through the Barrier of Scientistic Belief (Paperback)

The book has a twofold content and aim: on the one hand it offers a radical critique of the modern world, and on the other it seeks to expound a timeless wisdom. And the second end presupposes the first: for so long as we have not 'broken through the barrier of scientistic belief' as the subtitle has it, that timeless wisdom-that veritable sophia perennis-remains inaccessible."

And with its incisive expository and critique of a veritable "rogues' gallery" of modern thinkers, Cosmos and Transcendence is foundational to the reclamation of the intellectual high ground in the ideological war being waged against our reason and humanity by the deadly goliath of Scientism.