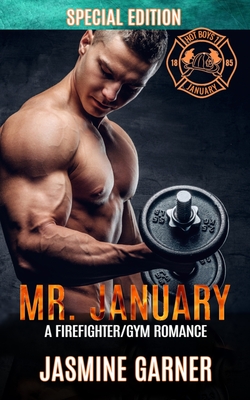 A firefighter with a dark family secret meets a gym owner with a painful past of her own...

Seth cares too deeply. It's why he's a great firefighter. It's also why he can't get over the morbid scene he just witnessed during his last shift. And then he meets Tisha, who understands the emotional turmoil he's going through. She ends up saving his life in the most embarrassing way possible, and he can't get her out of his head.

She meets Seth and suddenly wants more. But with both of them healing from the darkness in their pasts, a healthy relationship may not be possible. And she's perfectly fine with rejecting his advances, until she learns that he is Mr. January in a smoking hot firefighter calendar. Suddenly, saying no isn't as clear-cut as she thought it would be.

Seth's personal commitments and darkness prove to be too overwhelming to fully give himself to Tisha, although he's trying his best. But his best may not be good enough.

The logical part of her mind and the broken part of her heart say no, but they're no match for the fire he kindles within her body.

This BWWM romance is book one in the Hot Boys firefighter series. This special edition includes the 2,000-word prequel to the main story. Each book can be read as a standalone and in any order. No cheating and a guaranteed happily ever after.

Are you ready to step into the fire?