Come Cruise with Me in a Post-COVID World (Hardcover) 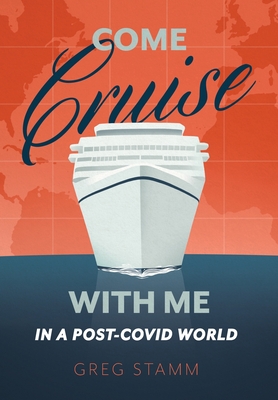 Come Cruise with Me in a Post-COVID World (Hardcover)


Available in Warehouse. Wait for Email Confirmation for ETA
This book cannot be returned, cancelled, or exchanged. Please call for availability and pricing
This book was supposed to be something else entirely. Originally titled Come Cruise with Me, minus the COVID-related subtitle, it was to serve as a travelogue in celebration of the joys of cruise vacations, and also as a guide for cruise-goers looking to get the most out of their first or next cruise. Then came the shelter-in-place orders. When cruise companies began canceling voyages, author Greg Stamm had to ask himself if he could possibly be crazy enough to finish his manuscript during this time of international crisis.

The answer is yes. Greg Stamm is crazy enough.

Rather than shelving his manuscript, he reshaped it. Now he intended to make the case that cruise vacations would not suffer long-term, but rather, they would improve as a result of pandemic-related safety measures. He would make this case as a person who isn't employed by, incentivized by, or a shareholder in any company associated with the cruise or travel industries. As an independent observer, he would report on the fifty-plus cruises he had taken over the course of his life and compare those experiences to his first cruises in the new normal. All he needed was for that first cruise to launch. In June 2021, he and thousands of other eager passengers got their wish. This book shares his insights into what cruising is like in a Post-COVID world. Along the way, it is sure to delight, surprise, entertain, and inform even those most cruise-skeptical readers. Cruises have always been the best, safest, and most luxurious vacations a person can take. Today, Stamm is happy to report that this is truer than ever before.

Greg Stamm grew up in the Bronx, New York, as the child of loving, working, middle-class parents. He pitched in as a kid by delivering newspapers, though it was his parents' willingness to dig deep into their pocketbooks that got him sent away from the Bronx for college. There, he quickly became known as the kind of guy who occasionally sought out trouble. He was confronted with a decision to pursue a commission in the United States Army or protest the war in Vietnam. The decision to join up was fortuitous, as the Army sent him to law school instead of Southeast Asia. After he served for several months under General George Patton in Fort Knox, Kentucky, the end of the Vietnam War meant that Greg could return to civilian life and begin a career in the law. He spent a brief stint in government service before following his independent streak into the decision to open his own practice. Having lived the life he was born into, he has attempted to walk the walk it has enabled. His father's tragic passing when Greg was only nineteen years old has served as his impetus to live every day as though it might be his last. In that, he knows he has succeeded. He plans to take many more cruise vacations in the years to come, but his ultimate dream is to sail on an around-the-world cruise. He hopes to see you aboard a cruise vacation in the not-too-distant future.