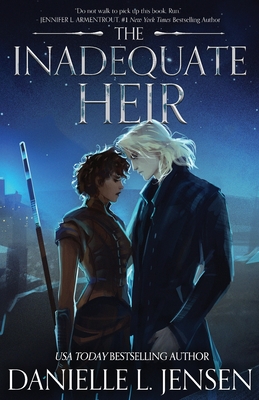 "The next installment in the Bridge Kingdom series is not to be missed. Do not walk to pick up this book. Run." - Jennifer L. Armentrout, #1 New York Times bestselling author of From Blood and Ash

A soldier raised as heir to an empire, Zarrah is motivated by two truths. The first is that the Veliant family murdered her mother. The second is that her pursuit of vengeance will put every last one of them in their graves.

The Endless War between Maridrina and Valcotta has raged for generations, leaving thousands of Zarrah's people dead and countless more orphaned. So when she's given command of the contested city of Nerastis, Zarrah is prepared to do whatever it takes to destroy the Maridrinian forces who oppose her. And to kill the Veliant prince who leads them.

Yet a chance encounter with an anonymous, and handsome, Maridrinian causes Zarrah to question whether the violence she's perpetrated is justice or a crime. And as she continues to meet the nameless man each night, she finds common ground-and fiery passion-in his arms.

But when identities are revealed, Zarrah must decide whether to embrace a chance at peace... or march to the drums of war.

Return to the world of The Bridge Kingdom in this sensuous fantasy full of romance and intrigue that is perfect for fans of From Blood and Ash and A Court of Silver Flames.