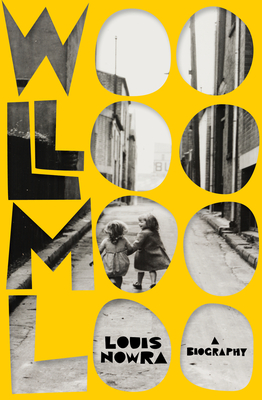 
Available in Warehouse. Wait for Email Confirmation for ETA
This book cannot be returned, cancelled, or exchanged. Please call for availability and pricing
It was no wonder I was glad to be down in Woolloomooloo. The Old Fitzroy reminded me of how Kings Cross used to be.

Told in his vivid and entertaining style, Louis Nowra writes Woolloomooloo’s biography, drink in hand, from the vantage point of the Old Fitzroy Hotel, the cosy, eccentric and wonderful pub on Dowling Street, Woolloomooloo. It’s a world of sex, sin, sly grog, sailors, razor gangs, larrikins, workers, artisans, murderers, fishermen, activists, drinkers, fashion designers, tradies, artists and the downright dangerous. It’s also a story of courage, resilience, tolerance, compassion. And though the pub has a real theatre, it’s the cast of real-life characters that are the stars of this show.

Woolloomooloo’s past wraps around its present. Louis – often accompanied by Coco the Chihuahua and other two-legged locals, often walks the streets, uncovering history – some official, some never revealed. He stumbles across pockets of beauty and charm, and the derelict and abandoned. Unforgettable – and unspellable – Woolloomooloo in this book is a place as fascinating as its name.
Louis Nowra is an acclaimed author, essayist, screenwriter and playwright. His plays include The Golden Age, Radiance and Così (both made into successful films for which he wrote the screenplay). His novels include The Misery of Beauty (2006) and Ice (2009), shortlisted for the Miles Franklin Award. He is also author of the controversial nonfiction title Bad Dreaming (2007), about violence in Aboriginal communities in remote Australia.