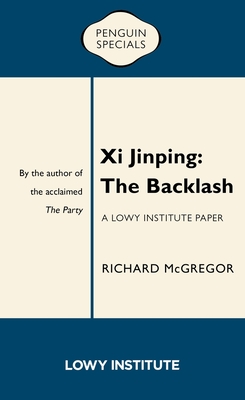 
Backordered - ETA Unknown
Xi Jinping has transformed China at home and abroad with a speed and aggression that few foresaw when he came to power in 2012. Finally, he is meeting resistance, both at home among disgruntled officials and disillusioned technocrats, and abroad from an emerging coalition of Western nations that seem determined to resist China’s geopolitical and high-tech expansion. With the United States and China at loggerheads, Richard McGregor outlines how the world came to be split in two.
Richard McGregor is the author of The Party: The Secret World of China's Communist Rulers. He has reported from Asia for two decades. Formerly Chief of the Washington Bureau of the Financial Times, he has won numerous awards for his journalism. He has also contributed articles and reports to the BBC, the International Herald Tribune, and the Far Eastern Economic Review. In 2015 he was made a Fellow at the Wilson Center in Washington.