Nothing But the Fax: The True Account Of An East Coast Field Trip As Told By A Chaperone (Paperback) 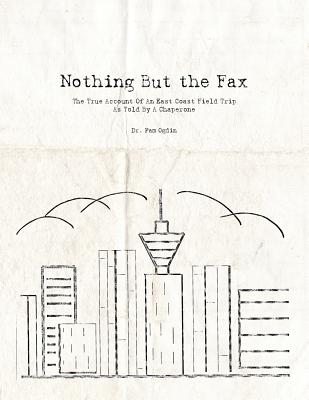 Nothing But the Fax: The True Account Of An East Coast Field Trip As Told By A Chaperone (Paperback)


Available in Warehouse. Wait for Email Confirmation for ETA
This book cannot be returned, cancelled, or exchanged. Please call for availability and pricing
This is the true account of one high school chaperone who survived a three week student study tour of the East Coast of the United States. This book contains the daily letters that were faxed back to the school administrators to show that the teachers were hard at work chaperoning and not just having fun on the trip from Hell. In the mid 14th century the Black Plague swept through Europe, in the 18th century a Revolution took place in America, in the 20th century the RMS Titanic collided with a massive iceberg, and in the 21st century 53 students from San Diego landed in Washington D.C.