Contact Charlie: The Canadian Army, the Taliban, and the Battle for Afghanistan (Paperback) 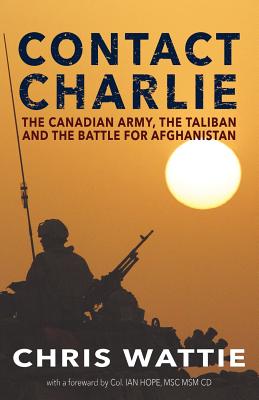 Contact Charlie: The Canadian Army, the Taliban, and the Battle for Afghanistan (Paperback)

In the summer of 2006, a Canadian army patrol travelling through Afghanistan's Panjwayi region surprised an unexpectedly large force of Taliban fighters. The soldiers of the Princess Patricia's Canadian Light Infantry had stumbled into a hornet's nest; the largest buildup of Taliban forces in the region since their regime had fallen in 2001. As their commanders threw more and more soldiers into what became a gruelling, drawn-out struggle, the battalion's Charlie Company found itself at the forefront of every firefight and ambush in a desperate, two-month pitched battle. The 150 soldiers of Charlie suffered more casualties and earned more decorations for bravery than any other Canadian unit since the Korean War. They came into contact with the enemy so many times they became known simply as "Contact Charlie."

In Contact Charlie, reporter and embedded journalist Chris Wattie offers an intimate and harrowing look at a series of battles that would eventually take the lives of seven soldiers. Based on Wattie's own experience in Afghanistan, as well as hundreds of post-tour interviews, Contact Charlie is a rare piece of military writing, providing a behind-the-scenes look at the stories that made headlines that summer--and continue to do so today.