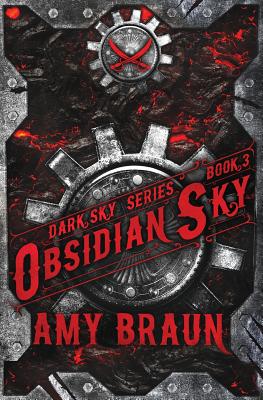 
Available in Warehouse. Wait for Email Confirmation for ETA
This book cannot be returned, cancelled, or exchanged. Please call for availability and pricing
The final struggle against the Hellions has arrived. A trapped engineer and a desperate marauder scramble to fight an enemy with unspeakable power on its side. Time is running out, and one world will be destroyed... After sacrificing herself to save the lives of her friends and family, Claire Abernathy struggles to outwit her Hellion captors. They torment and terrify her into working on a weapon with the sole purpose of obliterating the world, friends, and love she has struggled to save. If Claire has any chance of saving those she loves, she must delve deeper into the Hellion world, and witness nightmares she could never imagine. In Westraven, Sawyer Kendric is desperate to find the woman he loves. To do so, he must finally embrace his family's atrocious past and heal the wounds it has caused. He will be forced to make new allies, uncover secrets that change all he knows, and find the courage to lead a ragtag crew into the darkest, deadliest battle of their lives. Claire and Sawyer fight to save their broken world in the final installment of the epic DARK SKY trilogy.