The Problems of Philosophy (Hardcover) 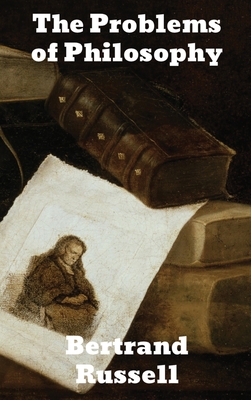 The Problems of Philosophy (Hardcover)

The Problems of Philosophy is a 1912 book by Bertrand Russell, in which Russell attempts to create a brief and accessible guide to the problems of philosophy. Focusing on problems he believes will provoke positive and constructive discussion, Russell concentrates on knowledge rather than metaphysics: If it is uncertain that external objects exist, how can we then have knowledge of them but by probability. There is no reason to doubt the existence of external objects simply because of sense data. Russell guides the reader through his famous 1910 distinction between knowledge by acquaintance and knowledge by description and introduces important theories of Plato, Aristotle, Ren Descartes, David Hume, John Locke, Immanuel Kant, Georg Wilhelm Friedrich Hegel and others to lay the foundation for philosophical inquiry by general readers and scholars alike.

"In the following pages I have confined myself in the main to those problems of philosophy in regard to which I thought it possible to say something positive and constructive, since merely negative criticism seemed out of place. For this reason, theory of knowledge occupies a larger space than metaphysics in the present volume, and some topics much discussed by philosophers are treated very briefly, if at all.