Transit of Venus: Travels in the Pacific (Paperback) 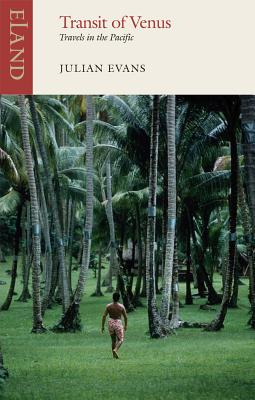 Transit of Venus: Travels in the Pacific (Paperback)


This title is likely unavailable. Email or call for price and availability.
With the potent myths of the Pacific Ocean in mind, Julian Evans journeys ever deeper into a world of gin-clear lagoons, palms, and sand, in search of both remnants of the fabulous kingdoms of the nineteenth-century European imagination and their twentieth century reality. Ever since Captain Cook first went to Tahiti in 1769 to observe the transit of Venus across the sun, the Pacific has offered this promise of Paradise, shadowed by a darker underbelly. With humor and honesty, Evans uncovers the modern reality: a brave new ocean where the islanders have money and booze, military coups and cold-war politics, atomic explosions and rising sea levels, but where, in the remotest atolls, beyond all our modernity and rationality, the old dreams continue to assert themselves. "Laid-back, witty stroll through the islands of the Pacific. . . Gorgeously worded and relaxed."--Booklist.