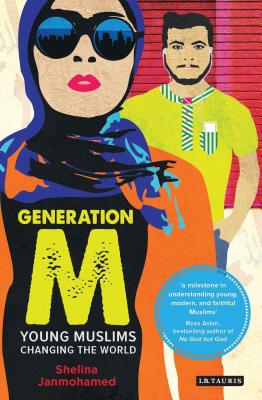 What does it mean to be young and Muslim today? There is a segment of the world's 1.8 billion Muslims that is more influential than any other, and will shape not just the future generations of Muslims, but also the world around them: meet 'Generation M'. Tech-savvy and self-empowered, Generation M believe their identity encompasses both faith and modernity. Shelina Janmohamed, award-winning author and leading voice on Muslim youth, investigates this growing cultural phenomenon, at a time where understanding the mindset of young Muslims, and what drives them, is critical. Exploring fashion magazines, social networking and everyday consumer choices, Generation M shows how this dynamic section of our society is not only adapting to Western consumerism, but reclaiming it as its own. From the 'Mipsters' to the 'Haloodies', Halal internet dating to Muslim boy bands, Generation M are making their mark. It's time to get hijabilicious

Shelina Janmohamed is the bestselling author of Love in a Headscarf. She is an established commentator on Muslim social and religious trends, and has written for the Guardian, the National and the BBC.