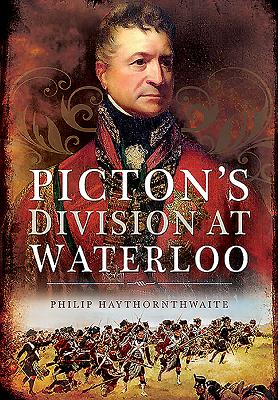 
This title is likely unavailable. Email or call for price and availability.
In the two hundred years since the Battle of Waterloo countless studies examining almost every aspect of this momentous event have been published narratives of the campaign, graphic accounts of key stages in the fighting or of the role played by a regiment or by an individual who was there - an eyewitness. But what has not been written is an in-depth study of a division, one of the larger formations that made up the armies on that decisive battlefield, and that is exactly the purpose of Philip Haythornthwaite's original and highly readable new book. He concentrates on the famous Fifth Division, commanded by Sir Thomas Picton, which was a key element in Wellington's Reserve. The experiences of this division form a microcosm of those of the entire army. Vividly, using a range of firsthand accounts, the author describes the actions of the officers and men throughout this short, intense campaign, in particular their involvement the fighting at Quatre Bras and at Waterloo itself.