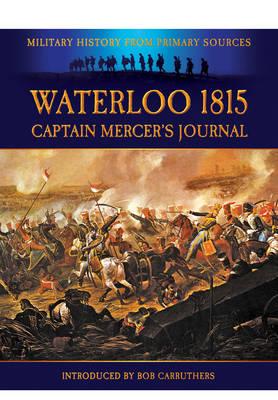 
This title is likely unavailable. Email or call for price and availability.
Originally published in 1900, this book features excerpts from Alexander Cavali Mercer's account of the battle of Waterloo. As an artillery officer at the sharp end, this is his eyewitness account of the events that lead to Napoleon's final defeat in June 1815. This is the contemporary view of how the events were conveyed to the public of Great Britain. Featuring original engravings from the Illustrated London News and the Graphic, and many paintings from the era, this book was written during the height of the British Empire, and the triumphalist mood of the day is reflected in the tone of the text. This detailed military history provides an echo of the contemporary attitudes to this turbulent time, which shaped the destiny of the British Empire. This book is part of the 'Military History From Primary Sources' series, a new military history range compiled and edited by Emmy Award winning author and historian Bob Carruthers. The series draws on primary sources and contemporary documents to provide a new insight into the true nature of warfare. The series consultant is David Mcwhinnie, creator of the award winning PBS series 'Battlefield'.