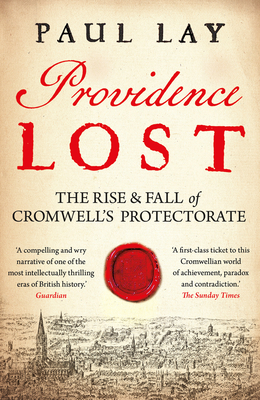 
This title is likely unavailable. Email or call for price and availability.
'A compelling and wry narrative of one of the most intellectually thrilling eras of British history' Guardian.

England, 1651. Oliver Cromwell has defeated his royalist opponents in two civil wars, executed the Stuart king Charles I, laid waste to Ireland, and crushed the late king's son and his Scottish allies. He is master of Britain and Ireland.

But Parliament, divided between moderates, republicans and Puritans of uncompromisingly millenarian hue, is faction-ridden and disputatious. By the end of 1653, Cromwell has become 'Lord Protector'. Seeking dragons for an elect Protestant nation to slay, he launches an ambitious 'Western Design' against Spain's empire in the New World.

When an amphibious assault on the Caribbean island of Hispaniola in 1655 proves a disaster, a shaken Cromwell is convinced that God is punishing England for its sinfulness. But the imposition of the rule of the Major-Generals – bureaucrats with a penchant for closing alehouses – backfires spectacularly. Sectarianism and fundamentalism run riot. Radicals and royalists join together in conspiracy. The only way out seems to be a return to a Parliament presided over by a king. But will Cromwell accept the crown?

Paul Lay narrates in entertaining but always rigorous fashion the story of England's first and only experiment with republican government: he brings the febrile world of Oliver Cromwell's Protectorate to life, providing vivid portraits of the extraordinary individuals who inhabited it and capturing its dissonant cacophony of political and religious voices.

'Briskly paced and elegantly written, Providence Lost provides us with a first-class ticket to this Cromwellian world of achievement, paradox and contradiction. Few guides take us so directly, or so sympathetically, into the imaginative worlds of that tumultuous decade' John Adamson, The Times.

'Providence Lost is a learned, lucid, wry and compelling narrative of the 1650s as well as a sensitive portrayal of a man unravelled by providence' Jessie Childs, Guardian.

Paul Lay is Editor of History Today. He is a fellow of the Royal Historical Society and a trustee of the Cromwell Museum, Huntingdon.
'Briskly paced and elegantly written, Providence Lost provides us with a first-class ticket to this Cromwellian world of achievement, paradox and contradiction. Few guides take us so directly, or so sympathetically, into the imaginative worlds of that tumultuous decade' John Adamson, Sunday Times

'Providence Lost is a learned, lucid, wry and compelling narrative of the 1650s as well as a sensitive portrayal of a man unravelled by providence'Jessie Childs, Guardian

'In telling us what Cromwell believed, Lay helps us to understand the man, but his witty and incisive book is also a reminder why the English, in particular, hate the bossy pieties of the puritanical elite, and distrust radicalism'The Times

'A book for the general reader, based on a thorough knowledge of the sources, and written with perceptiveness as well as narrative zest – a lively, attention-holding account of what is surely the strangest decade in British history'Sunday Telegraph

'A superb summary of the ebbs and flows of the Interregnum, a strangely 'lost' decade'Herald

'A readable and witty guide to England's republican interregnum'The Times.

'A brilliant aid to understanding modern Britain and, indirectly, the United States; the lessons of the Protectorate were not lost on the founding fathers'Catholic Herald

'Told in gripping fashion; each chapter is filled with enough intrigue to fuel a TV soap opera. The various warring factions are explained with vigour and clarity, while lesser-known events, such as a failed attempt to assassinate Cromwell, are packed with detail'Discover Britain

'Paul Lay is bracing and undeceived in his judgments ... Lay shows us what a distinctive period it was, full of frenetic excursions and alarms but for most people not unendurable, shallow-rooted in the good sense ... Lay treats each volcanic caprice of the Protector's with the amused scepticism it deserves, not struggling overmuch to discern some consistent purpose behind it'London Review of Books

'What Lay gives us is a warts-and-all picture of a man with the weaknesses of any other, and who struggled heroically to stabilise, and to attempt to unite, a country shattered by a decade of civil wars'The Critic Magazine

'Cromwell's republic was more energetic than we thought, reveals this brisk study'Sunday Times

'Interesting material on the rule of Cromwell's major generals and on the debate on the succession to Cromwell and the falling out with John Lambert, who had been seen as Cromwell's deputy'Chartist