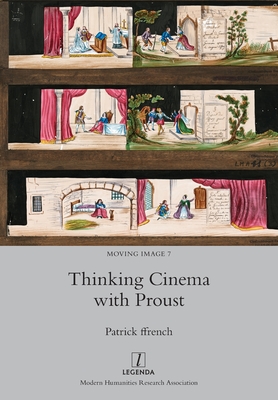 How can Proust's A la recherche du temps perdu prompt us to re-imagine the cinema? Although no-one goes to the cinema in the novel, and its narrator is critical of a 'merely' cinematographic account of reality, the proposition of Thinking Cinema with Proust is that the Recherche can provide a powerful catalyst for re-thinking the cinema, and that the 'structural absence' of cinema from Proust's novel is rich in implications. Drawing on a complex terrain of intersections and overlaps between the experience of the spectator and that of Proust's narrator and reader, the book is focused around a series of motifs - reverie, the camera obscura, the magic lantern, projection, gesture and 'screen memory' - which enable a fluid movement back and forth between Proust and film theory.

Patrick ffrench is Professor of French at King's College London.