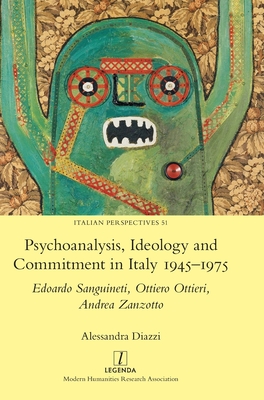 Over the post-war decades, Italy's 'extroverted' cultural identity was mostly oriented towards social and political questions: the inward turn of psychoanalysis was regarded with suspicion, as a fin-de-si cle cure for middle-class neuroses. The consulting room was, for militant intellectuals, antithetic to class-consciousness and the collective struggle. But despite this resistance from leftist, or Communist, intellectual discourse, psychoanalysis became steadily more influential.

In the period up to the late 1970s, the triad of politics-ideology-commitment acted as a threefold track through which psychoanalysis could spread, and the resistance to it transformed Italy into a unique cultural laboratory for experimental negotiation between analysis and Marxism. Many of these encounters occurred in post-war literature, and Diazzi maps out a distinctively Italian, ideological repurposing of psychoanalysis, turning its inward view into an outward tool of political agency.