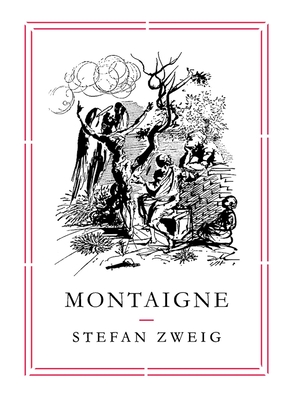 By Stefan Zweig, Will Stone (Translated by)


This title is likely unavailable. Email or call for price and availability.
Written during the Second World War, Zweig's typically passionate and readable biography of Michel de Montaigne, is also a heartfelt argument for the importance of intellectual freedom, tolerance and humanism. Zweig draws strong parallels between Montaigne's age, when Europe was torn in two by conflict between Catholicism and Protestantism, and his own, in which the twin fanaticisms of Fascism and Communism were on the verge of destroying the pan-continental liberal culture he was born into, and loved dearly. Just as Montaigne sought to remain aloof from the factionalism of his day, so Zweig tried to the last to defend his freedom of thought, and argue for peace and compromise.
One of the final works Zweig wrote before his suicide, this is both a brilliantly impassioned portrait of a great mind, and a moving plea for tolerance in a world ruled by cruelty.
Stefan Zweig was born in 1881 in Vienna, into a wealthy Austrian-Jewish family. He studied in Berlin and Vienna and was first known as a poet and translator, then as a biographer. Between the wars, Zweig was an international bestseller with a string of hugely popular novellas including Letter from an Unknown Woman, Amok and Fear. In 1934, with the rise of Nazism, he left Austria, and lived in London, Bath and New York-a period during which he produced his most celebrated works: his only novel, Beware of Pity, and his memoir, The World of Yesterday. He eventually settled in Brazil, where in 1942 he and his wife were found dead in an apparent double suicide. Much of his work is available from Pushkin Press.
Translated from the German by Will Stone.
"Thanks to Stone's assiduous translation, Zweig's fascinating meditation on the writer in whom he saw himself mirrored appears now for the first time in English. Zweig weaves biographical elements into his study—Montaigne's study of Latin at age four, his retirement from his public duties as a French nobleman at age 38—but the book is more properly an introduction to an endlessly inquisitive thinker who never stopped searching for the truth... This captivating study portrays a writer whose life and work can be summed up by his constant posing of the question, 'How should I live?'" — Publishers Weekly

'[Pushkin Press's republication of Stefan Zweig's work] has been entirely successful. Zweigmania seems to break out with the publication of each book, with readers discovering his work by word-of-mouth and by accident' - Guardian

'[Zweig's] life and work tell of the perilous flimsiness of our world of security-a message that many insistently deny, but somehow need to hear' - John Gray, New Statesman