Wonderful Adventures of Mrs. Seacole in Many Lands: the Experiences of a Jamaican Nurse in South America and During the Crimean War (Paperback) 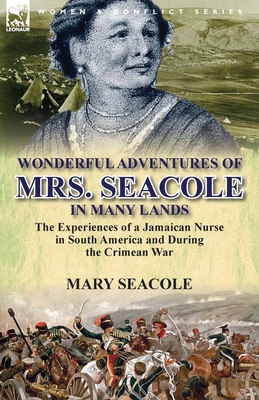 Wonderful Adventures of Mrs. Seacole in Many Lands: the Experiences of a Jamaican Nurse in South America and During the Crimean War (Paperback)

An unsung heroine of the Crimean War The flickering light that emanated from Florence Nightingale's lamp penetrated more darkness than she or anyone else of her time will have imagined. It illuminated the appalling deficiencies in the care of wounded and sick British servicemen on campaign during the Victorian era and it propelled 'the lady with the lamp' to well deserved fame in her own time and ever afterwards. It is therefore unfortunate that this same light blinded the public consciousness to many other extraordinary people who also worked tirelessly to assist neglected British soldiers and sailors in the middle of the 19th century. Florence Nightingale, despite her many virtues, was a woman not entirely divorced from the 'moral standards' of her time and this bore significantly on the subject of this book, Mary Seacole, because Nightingale rejected her as a nurse on her own staff. Mary Seacole was born in Jamaica in 1805 and was of mixed race. Her mother had cared for sick servicemen and Mary continued that humanitarian tradition in Panama before borrowing money to make the 4,000 mile journey to the war against the Russians being fought in the Crimea. There she treated the wounded of both sides of the conflict, both on the field of battle and in her own 'hotel.' This book is 'Mother Seacole's' (as she was known to the British soldiers) own account of her extraordinary life. It tells of a remarkable woman, who possessed astonishing determination and great humanity-which is all the more incredible since she was hampered by the bigotry and prejudice that were common against coloured people and women in general. At the end of hostilities she returned to England all but destitute and had to be assisted by those who remembered her great kindness during the war. This is a remarkable story and is highly recommended.
Leonaur editions are newly typeset and are not facsimiles; each title is available in softcover and hardback with dustjacket.