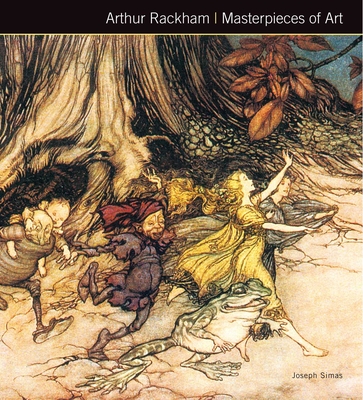 
Backordered - ETA Unknown
Arthur Rackham was a Victorian born illustrator and artist who influenced much of the book and commercial illustration of the first half of the 20th Century. The impish detail of his hundreds of drawings brought humour and dark detail to the fairy stories and classic tales which were popular at the time, from Washington Irving to the Brothers Grimm, Peter Pan to his exquisite work on the Alice in Wonderland. His water-colour work, and the graceful power of his ink and line work influenced the Golden Age illustrators of the 1920s, through to the pulps of Weird Tales, and the comic books of today. Arthur Rackham: Masterpieces of Art is a celebration of this industrious and lively artist.
Joseph Simas is a widely-published writer of poetry, fiction, screenplays, translations, journals -- and essays, mostly on art and artists. Born and raised in California, he became a self-proclaimed nomad and eternal student who has worked on all aspects of writing while traveling, working and living throughout Europe.