Wellington and the Siege of San Sebastian, 1813 (Hardcover) 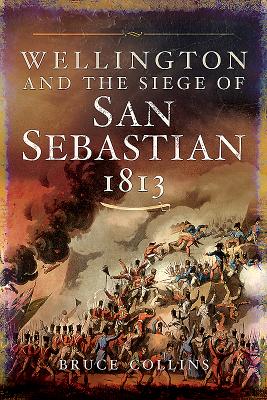 Wellington and the Siege of San Sebastian, 1813 (Hardcover)


This title is likely unavailable. Email or call for price and availability.
Bruce Collins's in-depth reassessment of the Duke of Wellington's siege of San Sebastian during the Peninsular War is a fascinating reconstruction of one of the most challenging siege operations Wellington's army undertook, and it is an important contribution to the history of siege warfare during the Napoleonic Wars. He sets the siege in the context of the practice of siege warfare during the period and Wellington's campaign strategies following his victory at the Battle of Vitoria. He focuses on how the army assigned to the siege was managed and draws on the records of the main military departments for the first time to give an integrated picture of its operations in the field. The close support given by the Royal Navy is a key aspect of his narrative. This broad approach, based in fresh archive research, offers an original perspective on both San Sebastian's significance and the nature of siege warfare in this period.