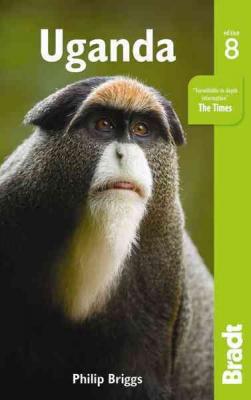 
This title is likely unavailable. Email or call for price and availability.
The Bradt Guide to Uganda, now more than 500 pages long, is the definitive travel handbook to this wonderful but oft-neglected destination, not only providing comprehensive background information to its varied national parks, towns and other cultural attractions, but also including detailed reviews of the ever-growing selection of world-class lodges and budget hotels that service them. Uganda boasts the most varied - and arguably the most exciting - safari circuit in Africa. The lush montane forests of Bwindi protect the world's largest remaining population of mountain gorillas, many of which have become habituated to tourists and can be tracked to within a few metres on foot. Elsewhere, Queen Elizabeth National Park, set below the snow-capped Mountains of the Moon, is renowned for its tree-climbing lions and abundant buffaloes. Elephants abound in Murchison Falls National Park, coursed through by a dramatic stretch of the White Nile dense with hippos, crocodiles and waterfowl, while Kibale Forest offers superb chimpanzee tracking as well as the opportunity to see ten other monkey species in their natural jungle habitat. For birders, an astonishing checklist of more than 1,000 species - in a country similar in size to Great Britain or the state of Oregon - includes dozens of Western rainforest specials difficult to see elsewhere, as well as the iconic great blue turaco and shoebill. Philip Briggs is the world's foremost writer of guidebooks to Africa. He has been exploring the continent's highways, byways and backwaters for over 30 years.