Down the Amazon and Up the Andes (Paperback) 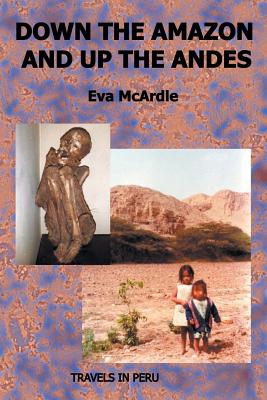 Down the Amazon and Up the Andes (Paperback)


Available in Warehouse. Wait for Email Confirmation for ETA
This book cannot be returned, cancelled, or exchanged. Please call for availability and pricing
'Down the Amazon', is about the River Indians, the people of the Selva, the artists, the poets, the shamans, the lovers - but predominantly about the omnipresent green jungle and the slow brown water: the Universe before the humans existed. 'Up the Andes', is about the original people of the Andes, the Serranos, the Incas, the builders, the engineers, the mystics, the people of exquisite culture, connoisseurs of beauty like none others, the founders of the welfare state but most of all about their Intihuatana, the symbol of eternal survival using the power of the Sun, which they tied to the white neck of the giant stone every night so that it exploded with fire every morning. It is also about their descendants, the Incas of today, with their secret culture, their proud indifference to the savage world that the conquerors brought with them 450 years ago, their use of obedience as a show of scorn and power.