Australia as the Antipodal Utopia: European Imaginations from Antiquity to the Nineteenth Century (Anthem Studies in Australian Literature and Culture) (Hardcover) 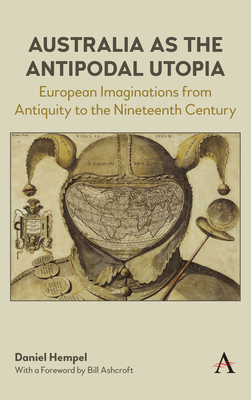 Australia as the Antipodal Utopia: European Imaginations from Antiquity to the Nineteenth Century (Anthem Studies in Australian Literature and Culture) (Hardcover)

Australia has a fascinating history of visions. As the antipode to Europe, the continent has provided a radically different and uniquely fertile ground for envisioning places, spaces and societies. 'The Antipodal Utopia' evaluates this complex intellectual history by mapping out how Western visions of Australia evolved from antiquity to the modern period, with particular focus on the long nineteenth century. The book is underpinned by the provocative argument that due to its unique 'antipodality' (its antipodal relationship with Europe), Australia is imagined as a particular form of utopia - but since one person's utopia is, more often than not, another's dystopia, Australia's utopian quality is both complex and highly ambiguous. Drawing on the rich field of utopian studies, 'The Antipodal Utopia' provides an original and insightful study of Australia's place in the Western imagination and makes meaningful conceptual and analytical contributions to the fields of utopian theory, Australian studies and intellectual history.