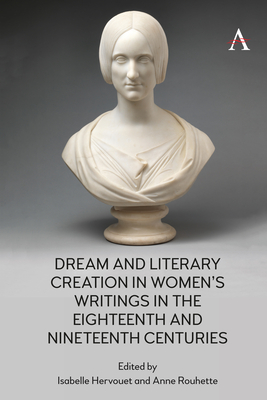 This edited collection deals with dream as a literary trope and the origin of or a source of creativity in women's writings. It gathers essays spanning a time period from the end of the seventeenth century to the mid-nineteenth century, with a strong focus on the Romantic period and particularly on Mary Shelley's Frankenstein, in which dreams are at the heart of the writing process but also constitute the diegetic substance of the narrative. The contributions re-examine the oneiric facets of the novel and develop fresh perspectives on dreams and dreaming in Mary Shelley's fiction and on other female authors (Anne Finch, Ann Radcliffe, Emily and Charlotte Bront and a few others), re-appraising the textuality of dreams and their link to women's creativity and creation as a whole.

This book, therefore, focuses on an aspect frequently mentioned but rarely subjected to in-depth analyses, especially within the context of an edited collection bringing together several authors. Replacing Shelley's fiction in a female line thanks to its chronological span, it allows readers to recognize common points between the various authors tackled in the book, interrogating the paradox of the invasion of Self by a radically Other force from a feminine perspective and raising the central issue of authorial intention. One of the strengths of this collection is its coherence: almost all the essays included deal with Romantic and early Victorian prose written by women. They shed light on one another by looking at the same or similar texts from different points of view, using a variety of critical approaches (feminist, psychoanalytic, intertextual, scientific, aesthetic, among others). The other articles (on late-eighteenth-early-nineteenth century scientists and on Anne Finch) provide readers either with necessary contextual information or with welcome chronological perspective.