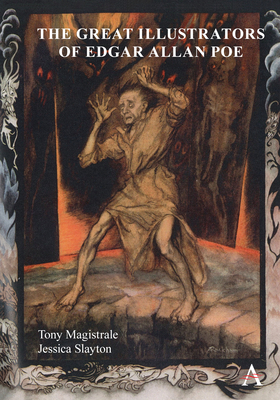 Although there have been over 700 illustrators of Poe's work over the past two centuries, this book chooses to examine only the best of them. Beginning with the French in the nineteenth century and tracing the great illustrators of Poe to the present, this book not only provides close analyses of individual visualizations but also seeks to supply an art history context to understanding their emergence. The majority of the artists featured remain unknown, even to Poe scholars, although their artwork represents iterations inspired by the most famous of Poe's poems and stories. In some cases, the illustrations helped increase the visibility of particular Poe works and to make them part of the international Poe canon. A few of the illustrators featured in this book (e.g., Manet, Dor , Redon, Beardsley) are recognized among the most famous artists in the world. Others, such as Martini and Blumenschein, while remaining minor figures in art history, nevertheless produced immortal work based on Poe's fiction and poetry. While still other visual artists represented here (Rackham, Dulac, Clarke) achieved artistic fame as book illustrators based on homages to other writers and fairy tales in combination with their Poe studies; their work on Poe, however, helped to solidify their larger reputations as professional illustrators. The last chapter extends traditional visualizations influenced by Poe to include his impact on twentieth- and twenty-first century filmmakers and cartoonists. They, too, found in Poe's writing either a source for direct re-creation or an inspiration for their own atmospheric excursions into the bizarre, the exotic, and the psychologically complex.

While many of the artists included in the book are represented in important collections from libraries and art galleries around the world, Poe scholars (and art historians) have yet to explore both the range of these illustrations and analyze their significance in the context of how they enrich our understanding of Poe. Some of the questions this book seeks to answer are: What was there about Poe's narrative and poetic art that impressed and continues to inspire illustrators and other visual artists? What kinds of insights and understandings do these visual artists help readers of Poe to see and/or reconsider about his work? Are there definite distinctions--e.g., stylistic, thematic, historical, etc.--that were more relevant to Poe illustrators from the nineteenth century compared to those from the twentieth? How are these emphases reflective of the various art movements to which Poe's illustrators were associated? And lastly, what do these illustrations reveal about changing attitudes and critical emphases toward Poe's canon over time?

Tony Magistrale is the author of 23 books and over 70 academic journal articles. He is a professor in the English department at the University of Vermont. Jess Slayton has spent nearly her entire academic career grappling with the ekphrastic interchange between visual and textual arts. She revels in finding new illustrations for classic texts and has yet to find any she loves more than those done on Poe's work.