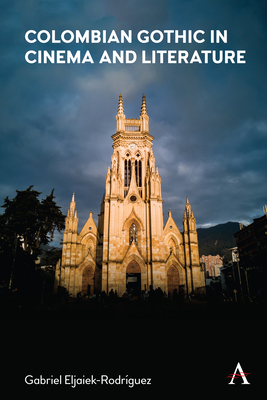 The Colombian Gothic in Cinema and Literature traces the aesthetic and political development of the Gothic genre in Colombia. Drawing on works like Jos Asunci n Silva's poetic "Nocturnos," Caliwood's films and Mario Mendoza's novels, Gabriel Eljaiek-Rodriguez shows how Gothic tropes appear in the works of Colombian writers and filmmakers. However, he argues that what results ultimately is not just the Gothic in Colombia, but rather the Colombian Gothic--a new form of the genre with its own agenda and aesthetics.

To identify a form of the Gothic as "Colombian" is, in one sense, to demonstrate how thinkers from that nation have reconfigured and laid claim to tropes often regarded as the purview of Europe and the US. The Colombian Gothic pays homage to but also pokes fun at the Gothic of figures like Poe, Bronte, Hawthorne and Stoker. In the hands of Colombian writers and filmmakers, Gothic tropes are taken to their extremes to reflect particularly Colombian issues, like the ongoing armed conflict in the country since the 1950s as various left wing guerillas, government factions and paramilitary groups escalated violence. In this Colombian Gothic, traditional tropes like distorted familial relations appear as open fratricide and incest. Such transformations address the real-life horrors of violence wrought within the supposed protections of shared nationality.

In another sense, the Colombian Gothic does not just define itself apart from the US and European Gothics--it also challenges the centrality of Bogota-centered perspectives of Colombian politics and conflict. By the 1970s and 1980s, cities such as Cali suffered particularly extreme levels of violence, when the war among the drug cartels added another layer to the already complicated conflict. At the same time, Cali had one of the strongest filmmaking traditions in the country. The "Cali group" of writers and filmmakers seized the Gothic to challenge not just Europe and the US as the centers of the genre, but also to challenge Bogot as the center of the country--and as the most "logical" place to set a Gothic narrative with its colder, gloomier, darker urban ambience. The Colombian Gothic of Cali addresses the topics of conflict, but within an unapologetically tropical setting that reflects the hotter climate in the region surrounding Cali. The effort of these Cali-based writers and filmmakers became so dominant in shaping the Colombian Gothic that the twenty-first-century Colombian Gothic--now mainly composed in Bogot --follows the lead of these creators, continuing to create a Gothic that uniquely reflects the aesthetics and politics of Colombia.