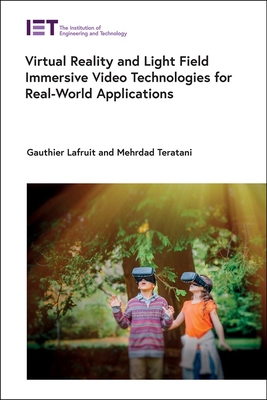 Virtual reality (VR) refers to technologies that use headsets to generate realistic images, sounds and other sensations that replicate a real-world environment or create an imaginary setting. VR also simulates a user's physical presence in this environment. In virtual reality, six degrees of freedom allows users to not only look around, but also to move around the virtual world and look from above, below or behind objects. To have a true VR experience, the hardware must provide six degrees of freedom, using both orientation tracking (rotational) and positional tracking (translation).

This book is addressed to video experts who want to understand the basics of 3D representations and multi-camera video processing to target new immersive media applications. Unlike single camera video coding, future VR technologies address new challenges that arise beyond compression-only, including the pre- and post-processing (depth acquisition and 3D rendering). This book is inspired by the MPEG-I (immersive media) and JPEG-PLENO (plenoptic media) standardization activities, and offers a glimpse of their underlying technologies.