Total War: Warhammer - The Art of the Games (Hardcover) 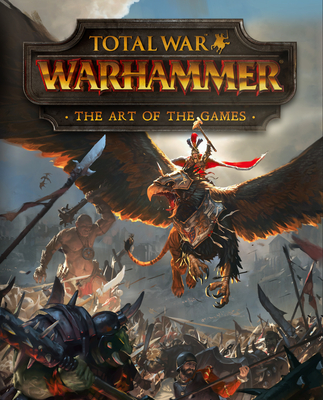 Total War: Warhammer - The Art of the Games (Hardcover)


Available in Warehouse. Wait for Email Confirmation for ETA
Explore the world of all three Total War: WARHAMMER games in this stunning compendium, packed with concept art, final designs, storyboards, and artist commentary.

Total War: WARHAMMER is the award-winning PC strategy game trilogy from Creative Assembly. Set in the world of Warhammer Fantasy Battles, it combines grand campaigns of epic empire-building with battles of breathtaking scale, brimming with the warriors, wizards, and monsters that fans know and love.

Delve into the rich lore of Games Workshop’s world of Warhammer Fantasy Battles, as viewed through the Total War lens. Total War: WARHAMMER – The Art of the Games offers Creative Assembly’s insights into the development of the series. Pore over concept sketches, texture studies, character art, and fully rendered paintings, accompanied by commentary from the artists themselves. Featuring artwork of iconic characters and scenes from parts I and II, as well as never-before-seen art from the trilogy’s thundering grand finale, this coffee-table tome is an essential collector’s item for any Warhammer or Total War fan.
Paul Davies has worked in journalism for over 25 years, first editing gaming magazines and websites and now as a writer and consultant to games developers and publishers. He is the co-author of numerous gaming books including The Art of Assassin’s Creed IV: Black Flag, Awakening: The Art of Halo 4, The Art of Deus Ex Universe, The Art of Tom Clancy’s The Division, The Art of Horizon Zero Dawn and Marvel’s Spider-Man: The Art of the Game.